After the recent cross-border operations, there was a need to increase the ballistic protection level of the Leopard 2A4 type main battle tanks (MBT) belonging to the Turkish Land Forces Command. In regard to this need, a project was initiated by the Turkish Presidency of Defence Industries.

The Leopard 2A4 tank, equipped with the ‘Leopard 2A4 T1 Additional Armor System’ developed by Roketsan Ballistic Protection Center within the scope of the project initiated by Presidency of Defence Industries was first demonstrated on August 30, 2020. 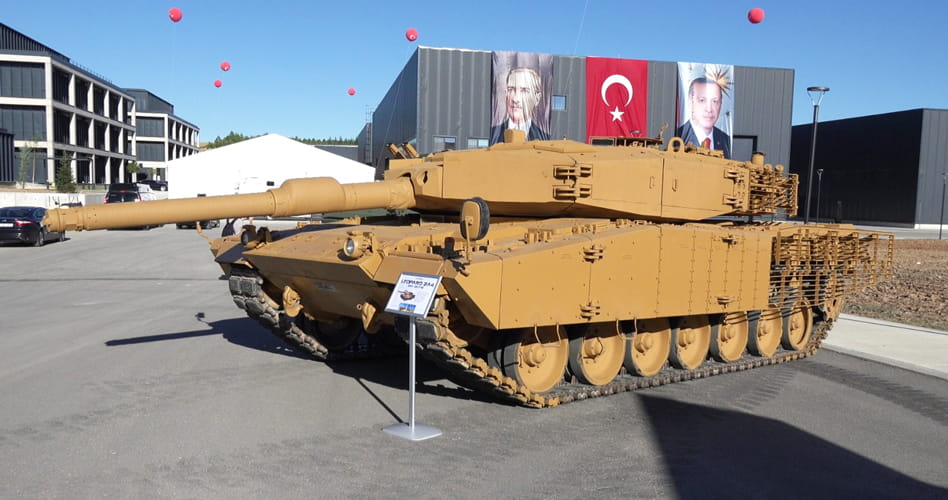 Leopard 2A4 T1 additional armor system is a completely original, indigenous and national armor solution developed specifically for the Leopard 2A4 tank, using the experience gained from all other armor development projects of the Roketsan Ballistic Protection Center, especially including the ALTAY MBT Armor System .

In accordance with the needs of the Land Forces Command System, Roketsan developed T1 Leopard 2A4 Additional Armor System in a 6 month period, ballistic firing tests have been done between July-December 2019, and all tests proved full protection.

Leopard 2A4 tanks will be one of the most important striking forces of the Turkish Armed Forces in the field, especially in an asymmetrical war environment, thanks to their increased survivability and high mobility after the integration of the T1 Additional Armor System.