New Type Submarine TCG PIRIREIS (S-330) that was built at Golcuk Shipyard has met Blue Homeland. The submarine will be commissioned next year.

In the scope of New Type Submarine Project (YTDP) was started by Presidency of Defence Industries for the needs of Naval Forces Command and as a part of this project TCG PIRIREIS (S-330) has met Blue Homeland. PIRIREIS Submarine was docked a ceremony in 2019 has launched to sea in recent hours. TCG PIRIREIS Submarine will be included in the Inventory of the Navy Command in 2022 following the completion of its testing and equipping activities.

6 REIS Class Submarines designed by the German company ThyssenKrupp Marine Systems (TKMS) but built in Turkey with a very high domestic contribution rate will be produced and delivered to the Navy Command by 2027.

New Type Submarine Project (NTSP) has gone into operation with the agreement between Presidency of Defence Industries (SSB) and German TKMS Company. According to this agreement it is planned to build 6 Reis Class Submarine Ships with a huge contributions of domestic resources in Golcuk Shipyard Command. The first submarine ship TCG Pirireis (S-330) that produced in the scope of the project docked with a ceremony at Golcuk Shipyard in December 2019 successfully. In addition, the first welding ceremony of the TCG Sedi Ali Reis (S-334), the 5th submarine ship of the project, was also held. 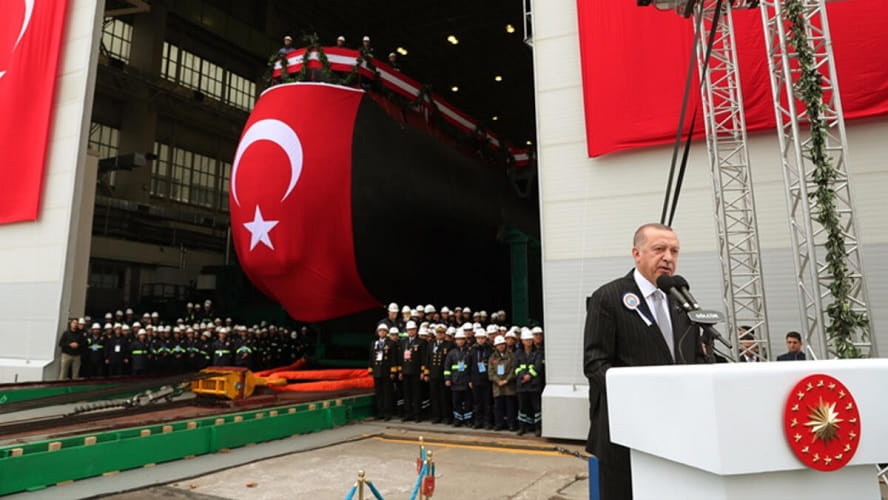 The submarines that have Air Independent Propelled System (AIP) are well known as the most strategic submarine ships after nuclear-propelled submarines around the world. Submarine ships that have a skill of low sound cruising is critical for a antisubmarine warfare (ASW). They have 68 meter length, 13 meter height, 1.690 weight, 20 kilometer maximum speed, maximum 1.250 sea mile range, 260 meter duty depth, the capacity of 27 crew, and 84 days mission term. Reis Class Submarines are armed with 8 torpedo tubes of 533mm, 4 of which are capable of firing Sub-Harpoon.