Roketsan MAM-L ammunition hit its target from the longest range to date. This development took place during the test firing which was performed by Naval Forces Command at Mavi Vatan 2021 Exercise.

The Ministry of National Defence has declared the following in the statement about the subject:” At Mavi Vatan 2021 Exercise the longest range firing was also performed with MAM-L  Smart Ammunition from an armed unmanned aerial vehicle to date. The surface target in the East Mediterranean Sea was directly hit by laser-guided MAM-L missile that has been produced/developed with national means from TB-2 armed unmanned aerial vehicle that is in our Naval Forces inventory.”

MAM-L which has been developed by Roketsan with the experiences that have been obtained from the 8+ kilometers range L-UMTAS Antitank Guided Missile (ATGM) System is the first armed unmanned aerial vehicle ammunition of Turkey.

MAM-L is used by ANKA, AKSUNGUR, Bayraktar TB2 and KARAYEL-SU type armed unmanned aerial vehicles which have been developed by Turkey. Roketsan continues the works for an upper version of MAM-L that has a maximum 15-kilometer range. 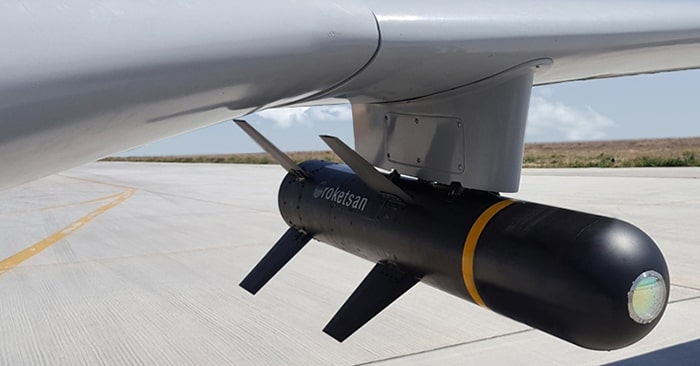