The Penetrator Bomb (NEB), which is developed by TUBITAK-SAGE and Turkey’s first bunker buster ammunition, have been used for a long time by the F-16 Fighting Falcon and F-4E 2020 Terminator platforms that are currently in the Turkish Air Force Command inventory.

The NEB ammunition with Mk-84 characteristics, which has been proven in the field, in other words is ‘Combat Proven’, has shown high hit and penetration success with its guidance kits in different battlefields. TUBITAK-SAGE, which started different bunker buster projects with the experience gained from NEB ammunition, launched the bunker buster ammunition named ‘SERT-82’ and ‘SARB-83’ during the 14th International Defense Industry Fair (IDEF’19). 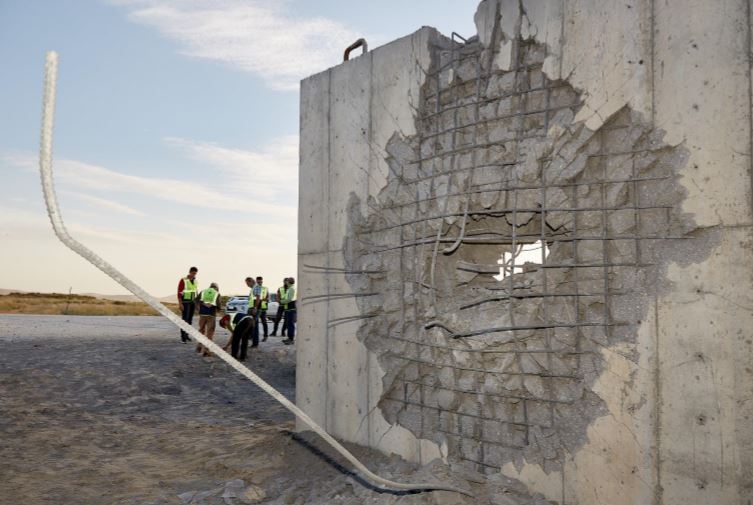 The first system-level firing test of the SARB-83 was carried out in HABRAS test infrastructure in 2020. In the efficiency test for the SARB-83’s Augmenting Charge, the reinforced concrete target at the end of the line was penetrated and the test was successfully completed. Within the scope of the test activity, the SARB-83, which was accelerated by rocket engines on a 2-kilometer rail, reached its target within approximately 5 seconds. As a result of the test, the SARB-83 ammunition managed to penetrate the reinforced concrete target.

SARB-83, which has high penetration efficiency even at low impact rates and angles and provides high efficiency against secondary targets with pre-shaped particles used in Augmenting Charge design, can be used against different target types.

Some target types of SARB-83 are as follows:

SARB-83 ammunition, developed in accordance with the characteristics of the Mark-83 General Purpose Bomb and capable of piercing 1.8 meters thick (35 MPa) reinforced concrete, is planned to be ready for mass production in the near future after the flight tests to be performed.

TÜBİTAK-SAGE continues its qualification activities of SERT-82 ammunition developed in accordance with the characteristics of Mark-82 General Purpose Bomb.