On December 14, 2020, Turkish Presidency Defence Industry President Prof. Dr. Ismail Demir and the accompanying high-level delegation held a historic visit to the Ukrainian Defence Ministry. During that visit, a direct supply agreement has been signed between Ukraine and Turkey for the first time in history.

“On December 14, Ukraine and Turkey signed agreements on technology transfer and production of ADA anti-submarine corvettes and BAYRAKTAR strike unmanned aerial vehicles for the needs of the Naval Forces of the Armed Forces of Ukraine. The signing took place during the visit of the Turkish delegation led by the President of the Directorate of Defense Industry of the Republic of Turkey Ismail Demir to the Ministry of Defense of Ukraine.

Turkey and Ukraine have a lot in common areas of cooperation in the defense sector, these projects are designed to strengthen the combat capabilities of the national fleet. These are the first direct agreements under the recently signed agreement between the Cabinet of Ministers of Ukraine and the Government of the Republic of Turkey.” 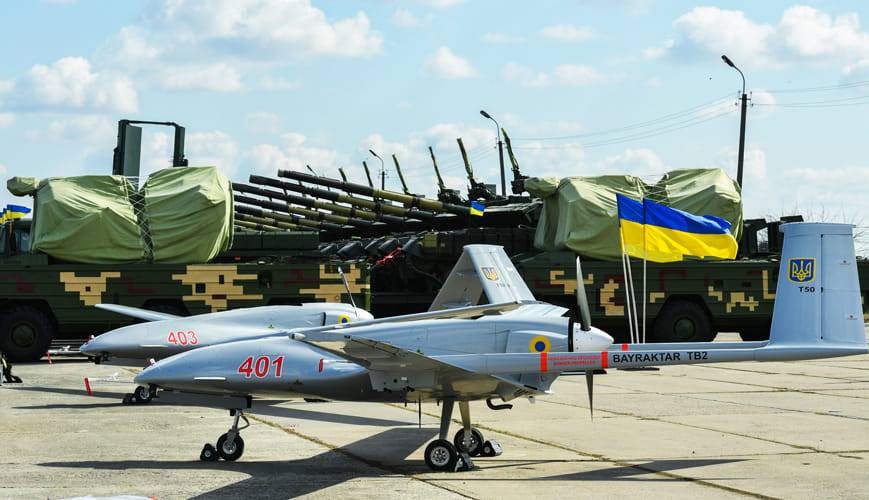 Turkey, which has produced four ADA Class Corvettes for the Turkish Navy, sold four MILGEM Battleships to Pakistan and is currently working on the second phase of the project by producing I Class Frigates, is the only country that Ukraine can collaborate with.

Developed by Baykar Defence, Bayraktar TB2 Armed Unmanned Air Vehicle that has proved itself many times in harsh battlefields such as Syria, Libya, and Karabakh, is now being used by Turkey, Qatar, Ukraine, Libya, and Azerbaijan. Bayraktar TB2, equipped with the MAM-L ammunition produced by Roketsan, surpassed 270,000 flight hours.