Noting that Turkiye has never built three frigates at the same time, Turkish President has stressed that this will be a first.

“Until now, we have been purchasing the vertical launch system (VLS), the main weapon group of our frigates, from the outside, and now we have developed such system through national means. Istanbul, which is under construction within the scope of our MILGEM Project, and three other frigates that we have tendered will have domestic and national vertical launch system and domestic and national air defense missiles,” President Erdogan said.

Istanbul, the fifth ship to be produced under the MILGEM Program, was subjected to a series of embargoes while its production activities were underway.

One of the most important of these embargoes involved the US-manufactured Mk-41 Vertical Launch System (VLS). Following the embargo on the VLS, which is vital for the Istanbul Frigate and where air defense missiles will be fired, Roketsan stepped up its development of the National Vertical Launch System (MILDAS). The company rushes to deliver MILDAS by 2023.

The construction and equipment fitting activities of the first ship of I-class frigates-Istanbul-are continuing, where STM is the main contractor.

The decision of the Defense Industry Executive Committee of Turkiye (SSİK) to design and build the first ship under the Command of the Istanbul Shipyard was taken on June 30, 2015.

I Class Frigate is an advanced design based on the experience gained from MILGEM Ada Class Corvettes.

I Class Frigates are equipped with advanced Network Supported Data Integrated Command & Control System and sensors & weapons in order to accomplish mainly AAW and SUW as well as ASW duties.

TF-2000 HSHM, using the sea as a shield, will detect and destroy various guided shells before they reach the mainland.

The TF-2000 destroyers, which will be effective against air-breathing targets, will not carry out the destruction of ballistic missiles, but will play an important role in their detection. 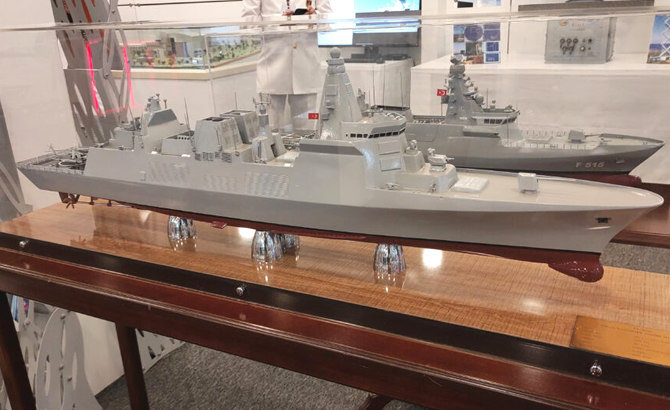 The vessels will be equipped with: