The Executive Committee of the Defense Industry of Turkey (SSİK) gathered yesterday at Turkish Presidency under the chairmanship of President Recep Tayyip Erdogan. The Committee has given the greenlight for the mass production of Turkey’s first national aircraft, Hürjet.

According to the decision taken at the meeting, HÜRJET Jet Training and Light Attack Aircraft, which is being developed by Turkish Aerospace Industries (TUSAŞ), will now be serially produced.

The last SSIK meeting was held last October. Yesterday, the first round of the Committee was held in the new year. Several important projects were reviewed at the SSİK meeting, where the performance of the defense and aerospace industries in 2021 was also discussed.

Turkish SSİK meetings would generally conclude with a simple statement, but this time HÜRJET’s name was specifically mentioned in the statement.

The most critical decision taken during the meeting was that HÜRJET would now get state support, despite having been initiated by TUSAŞ with its own resources. The crucial decision also indicates that Turkish Air Forces would also place orders for the aircraft.

“During the meeting held at the Presidential Complex, issues aimed at adding new ones to our domestic and national systems used by Turkish Armed Forces (TSK) and our security units were discussed, and the first stage mass production decision was taken for HÜRJET, whose first flight is scheduled for next year. 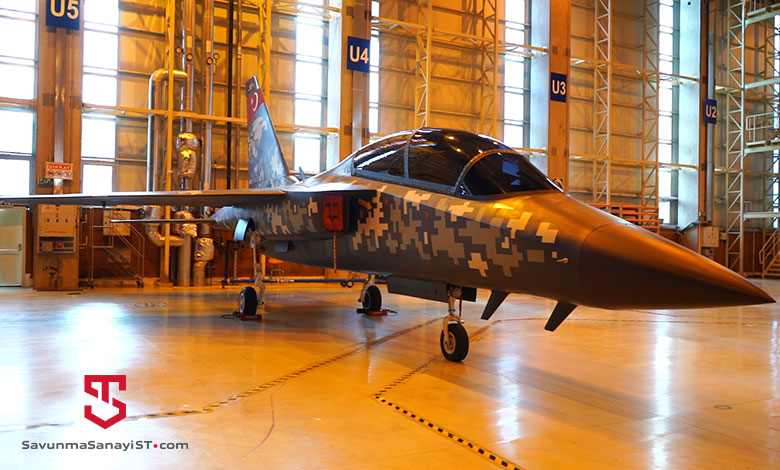 In addition, various projects for areas such as various air, land and sea platforms, communication and information systems, munitions and missiles, equipment and equipment, modernization, logistics, cybersecurity and artificial intelligence have been decided,” the Turkish Communications Presidency has announced.

“At the meeting, attention was drawn to the importance of R&D and P&D in the development of critical and advanced technologies.

Regardless of all obstacles, Turkey will continue to move forward with firm steps towards its goals with its determination in the design, development and production of domestic and national systems and technologies,” the statement concluded.

TUSAŞ has recently kicked off parts production and assembly activities for prototype aircraft of the Jet Training and Light Attack Aircraft (HÜRJET).

According to the information obtained by SavunmaSanayiST.com; TUSAŞ is currently continuing its component level assembly activities within the scope of HÜRJET Project.

TUSAŞ, which plans to start the Final Assembly Line by mid-2022, anticipates to rollout HÜRJET from the hangar at the end of the year. HÜRJET is scheduled to make its first flight on March 18, 2023, following ground tests.

Within the scope of HÜRJET project, it is planned to produce one static and one fatigue test aircraft for use in test activities with two prototype flyable aircraft. TUSAŞ has ‘effectively’ started the production activities of the test aircraft mentioned.

As SavunmaSanayiST.com, we were given a special insight to the production line of HÜRJET.

Here’s our YouTube video on TUSAŞ facitilies, where HÜRJET’s first prototypes are being assembled.