Turkey has produced the first piece of its national combat aircraft, the Turkish Aerospace Industries (TUSAŞ) announced on Thursday.

“We have realized the production of the first part of our National Combat Aircraft. Every step we take for the survival project of our country is very meaningful and very valuable for us. I would like to thank all my friends for working on the same path with enthusiasm and effort,” Temel Kotil, the company’s CEO, said on his social Twitter account.

The National Combat Aircraft, which will replace the F-16 Fighting Falcon type warplanes in the inventory of the Turkish Air Force Command, is planned to exit the hangar in 2023, to make its first flight in 2026, to be delivered to the Air Force Command in 2029 and to reach full capacity flight capability in 2030s.

In the MMU prototype, which will exit the hangar with its engine running in 2023, the F110 Turbofan Engine developed by the US company General Electric will be used. However, in parallel with the MMU Program, the development of a local turbofan engine is among the goals. 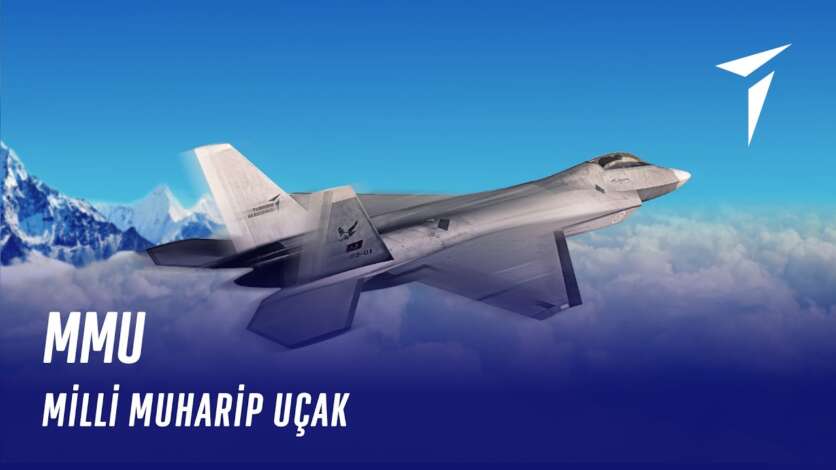 UK-based BAE Systems also provides technical support to Turkish Aerospace within the scope of MMU Project. Currently, many BAE Systems engineers are working at Turkish Aerospace facilities in Ankara. MMU’s cooperation with the British Rolls-Royce company for the indigenous engine is on the agenda. The planned cooperation with Rolls-Royce has not been initiated until now due to a couple of disputes.

In addition, the National Combat Aircraft will be developed in various phases. In other words, it is aimed that the first aircraft to be included in the inventory will be 4.5 generation, and at the end of the project, the final aircraft will be 5th generation.